We need to use cookies for our website to function, and to enhance your experience of using it. Please read our Privacy Policy for more information about them. By visiting our website, you are indicating that you are happy for us to use them.
3 December, 2013 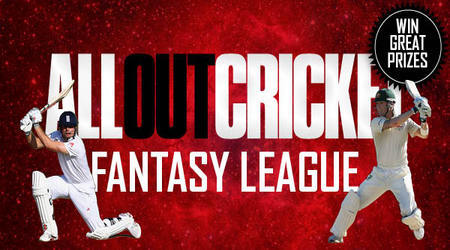 A League Of Our Own

Earlier this year we created our own bespoke fantasy cricket game for the 2013 Ashes series and developed a scoring system that went further than your average fantasy game. With players scoring points not only for runs and wickets, but also their style of play we brought a new element to the game: Who should be your all-rounder? Will your strike bowler take wickets? Can your opening batsman hang around?

The game was so popular we’ve bought it back for the return series down under and this time we’ve introduced mini-leagues. In our own AOC staff league commercial manager Laurence Frederick and deputy MD Ed Davis are locked in a battle royale at the top of the table.

It’s not too late for you to enter a team – make sure you input your side before the Adelaide Test and while you’re there create your own mini-leagues to take on your friends. Click here to get involved, best of luck!