We need to use cookies for our website to function, and to enhance your experience of using it. Please read our Privacy Policy for more information about them. By visiting our website, you are indicating that you are happy for us to use them.
14 June, 2013 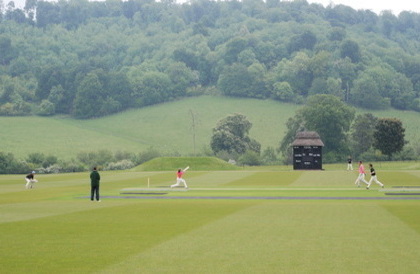 Last month saw TriNorth host the third annual All Out Cricket Garden Party at the picturesque Wormsley Cricket Ground. With a backdrop of rolling hills and a clear-ish sky, friends of the magazine came together for a six-a-side cricket tournament, some posh grub courtesy of Jamie Oliver’s Fabulous Feasts and plenty of chin-wagging.

Adding some much-needed quality to the on-field action were members of the England Women’s team and after a close final it was the Jiggery Pokery side, expertly skippered by Danni Wyatt, that came out on top. In between copious jugs of Pimms, nail-biting cricket and truly scrumptious scotch eggs, we were treated to entertainment from The Duckworth Lewis Method, an Ashes Q&A with Jeff Thomson and David Steele as well as Mark Butcher working his magic on the guitar. To cap the day off we managed to raise hundreds of pounds for the PCA Benevolent Fund through a lunchtime auction.